As you move from being a girl into womanhood you would be forgiven for thinking that your transition from girl to a woman means automatic independence.

There has to be a shift within you mentally that will take you from being a child into being a woman. Learning how to be independent is one of those things.

Independence comes with maturity and knowing that the buck stops with you and not anyone else.

There is a certain level of expectation when it comes to being independent.

What does it mean to be independent?

Being independent can mean different things to different people.

Firstly it can mean being able to jump-start your own car. If you know how to do this, hats off to you!

But this is not the true all encompassed meaning of independence.

This is the second type of independence that I am talking about and in my opinion the most important type.

Learning how to fix things is one thing but knowing how to confidently decision make is quite another.

Let take a look at the dictionary definition of independence as that’s always a great place to start.

“not influenced or controlled in any way by other people, events, or things” According to the Cambridge dictionary

This is a very interesting definition because it talks about not being controlled IN ANY WAY by other people.

When you are an independent woman, you basically cut the strings from all those people that have held you up in the past and you go it alone.

This doesn’t mean that you won’t have friends or people that you can rely on.  It just means that your first choice is to resolve problems on your own without needing someone to do it for you.

Why should you become more independent?

If you ever want to be considered a real adult then its time to roll up your sleeves and be the person that you want to be.

You can no longer allow other people to influence your life in ways that don’t suit you.

That means you need to put in some hard work yourself.

If you still live at home with your parents then you can never fully be independent.

Your parents still have an element of power over you because they can choose to kick you out if they so wish.

Being independent will teach you so many things about yourself that you probably didn’t know.

If you really want to know the type of person that you are, try being independent.  Independence is a journey in transforming yourself from being a caterpillar into a butterfly.

1. Know and understand who you are

This is a big one.  The more you understand yourself the more your character develops and the more independent that you will naturally become.

I’ll give you an example.

When I was about 18 I moved out of home.  I was terrified.

I had never lived alone before and didn’t even know how to do a grocery shop.  I was completely clueless.

A deer in headlights type situation.

As a little time began to pass I realised how neat and tidy I actually was.  Everything had to have a home.

I was even a little bit OCD about it because I liked my tins in the cupboard all faced label forward.

I began to see why I used to get so upset when someone had been in my room when I lived at home and why I actually enjoyed staying in my room so much.

I was basically screaming for space and independence.  I wanted to do things on my own.

I was ready. Are you ready for independence?

The more you push for independence the more you will see more of yourself. 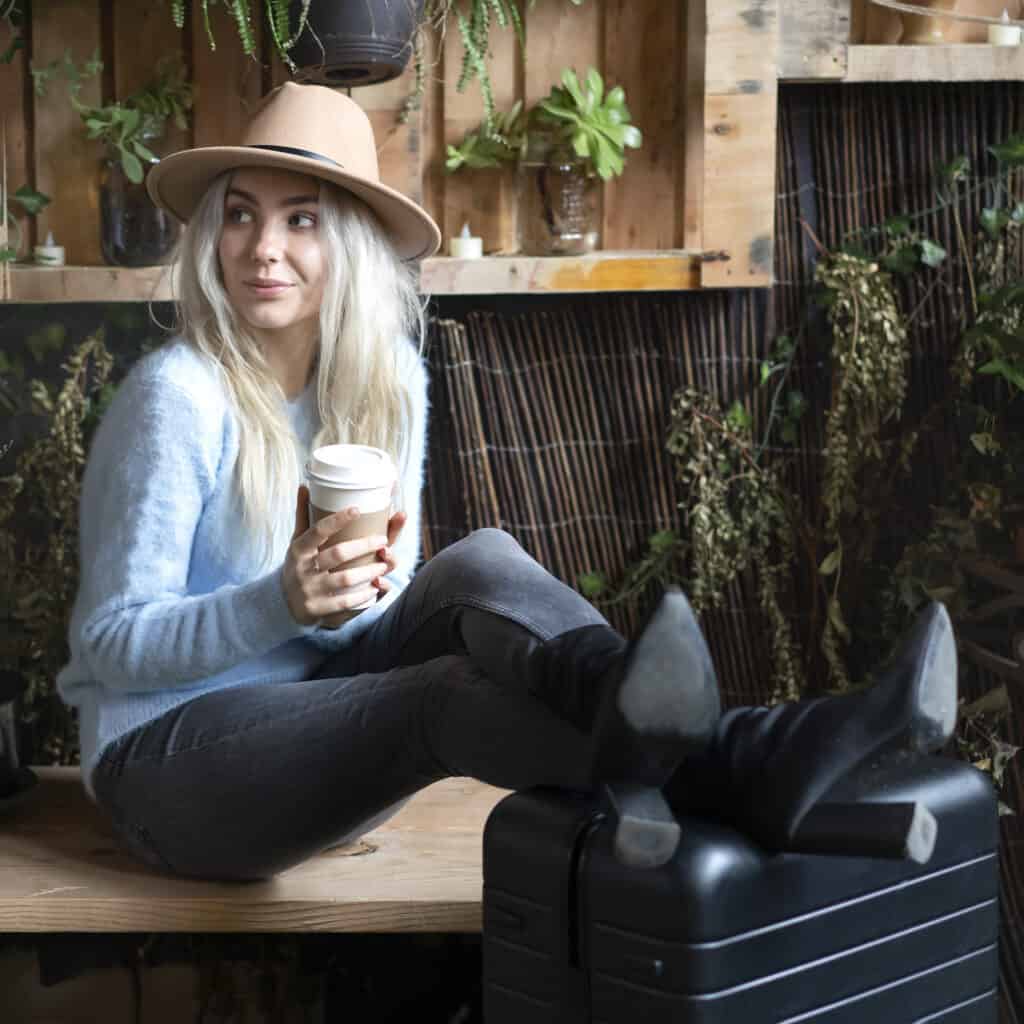 Decisions can be scary sometimes.

What if it goes wrong?

What if people laugh at me?

What if I fail?

There is not a single person in the whole world that doesn’t feel like this when they make an important decision or any decision for that matter.

What if you homeschool your child and it doesn’t work?

What if the house you buy turns out to be in the wrong type of neighbourhood?

You have to make tough decisions sometimes and that is part of being mature and learning how to become independent.

Even the person that you are running to for help doesn’t have the answer.  They are just choosing to make a decision on the subject and that is the only thing that sets them apart from you.

They may even have a little bit more experience than you but they can still get things wrong.

Life is about learning, even from our mistakes.

If you don’t already know this, some of the best lessons that you will ever learn will come from your mistakes.  You literally cannot go through life with making a mistake.  It’s impossible.

Just make a decision, stick with it, if it goes wrong own up to it and move on.  It’s the cycle of life so to speak.

There is something very attractive about a confident woman.  Everyone wants to know what she is doing next or how she did what she did.

That woman can be you too.

Learn to be confident in yourself.  That goes hand in hand with knowing who you are.

I’ll let you into a little secret of mine, well perhaps it’s not really a secret.

I can’t wear heels, no matter how many times I have tried I always end up looking ridiculous.  In fact, it is so bad that it looks painful to those watching me hobble from one foot to the other.

I gave up trying to wear heels a long time ago.

I love the way heels look and in my mind, I felt at the time that for me to transform into a woman I had to wear heels (sounds silly doesn’t it?)

No matter how many times I tried with heels it just didn’t work.

I soon understood that for me to show real confidence I had to me.  Not what I thought people expected me to be.

I had to learn to be confident about wearing flat shoes. In fact, I already was much more confident this way because I no longer had the dread that I would fall onto my face one day.

My confidence came from knowing that it was ok to be different from everyone else. I realised that my confidence was just about being me, being a happy me.

You don’t have to fake confidence, just be you and accept yourself, even if that means you can’t wear heels!

4. Make your own money

Money is a touchy subject, well it is if you don’t make your own anyway.

Part of learning how to be independent comes from having and making your own money.

Sadly it’s not possible to be independent if you rely on someone to give you money each month.

Essentially they get to tell you what to do.

If you upset them, they won’t want to give you any money.

Why do you think that when people split up the first thing everyone does is to run to the bank to withdraw money or freeze accounts?

If you are a married couple I’m not saying that you should have separate accounts or that you have make your own money separately from each other.

In my book when you get married you are a team so it doesn’t matter.  You can still be independent this way.

If you are single and you don’t make your own money then you have a problem right there.

Challenge yourself to make your own money.

Today there are tons of ways that you can make money online if you are a stay at home mum or it doesn’t suit you to go into an office every day.

Your main focus should be to get out of someone else’s pocket and make your own coins. 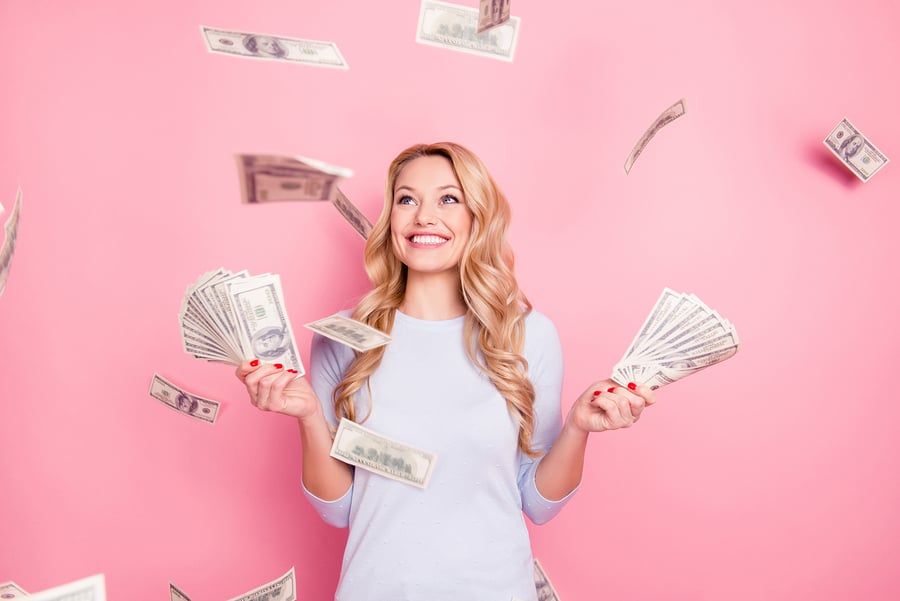 Goals are super important.  How do you know which direction you are heading in if you don’t have written down goals that you can follow?

Your goals will tell you all about how you want your life to be and the steps that you need to take to get there.

Having goals is your journey and its a journey that only you can take. No one can hold your hand with these goals because no one else can feel what you feel or have the same emotional connection to what you dream about.

Some people laugh at other people goals and that is simply because they are not you, the goal is not theirs.  They don’t have the drive for it so they can’t visualise how you can make it happen.

That’s ok, it’s your dream and not theirs. This is why having your own goals makes you independent of other people.

Write your goals down and dream and big as you want.

An independent woman will surely get there because she does not look to her left or to her right, she is focused on her own dreams.

When things go wrong you can easily start to beat yourself up about the decisions you make that brought you here.

It doesn’t matter because even if things did go wrong it was a journey that you had to take.

Whilst it’s ok to talk to others about where things went wrong you have to be very careful not to become codependent on that some person for every little thing.

You have to learn to self-sooth just as a child does.

You have to make peace with yourself and move on. Forgive yourself and let it go because it is all part of the learning process.

7. Take time out for yourself

One of the biggest things that people struggle with is doing things alone.

It always feels better when you do it with others.

Remember that learning how to become independent goes hand in hand with confidence.

Heres another challenge for you.

Choose a day and go and do something all by yourself.  Something that you would usually do with other people.

It could be going to the cinema or out to lunch, even going away on a short break by yourself.

The point is that you start to get more in tune with who you are.

This is a great exercise because you do not have the ability to hide behind others anymore. 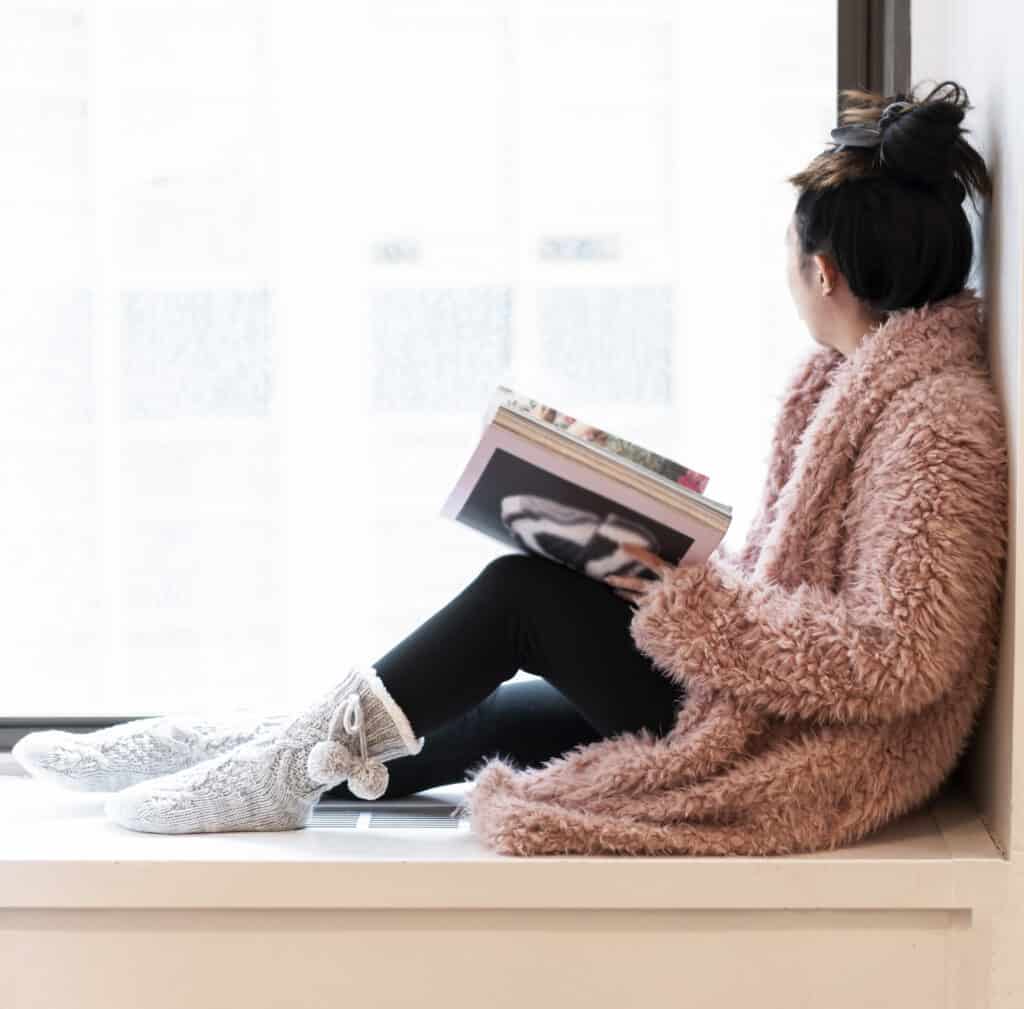 Please don’t mistake being assertive for being rude.  They are not the same thing.

When you are being assertive you are able to tell people what you do and do not want rather than let them make decisions for you all the time. This can be done in a nice friendly way.

If you don’t want to go out for drinks after work then don’t worry about saying no and letting people down.

If you would rather not eat chicken for luch then say so.

If you are not assertive enough about decisions then someone else will make them all for you and you will eventually have no say in anything much.

If you have ever watched Ugly Betty on TV then you will know the kind of thing that I am talking about.

Learn to be assertive when you need to but equally learn to let things go if you choose to.

Final thoughts on how to be independent

Learning how to be independent is something that takes time.

As long as you are in tune with who you truly are you are already on the right path.

Independence and confidence is something that is inside you and is very much about how you see yourself.

Embrace life and just go for it! 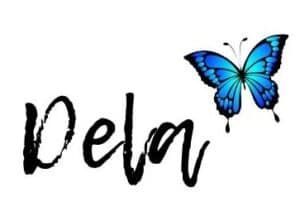